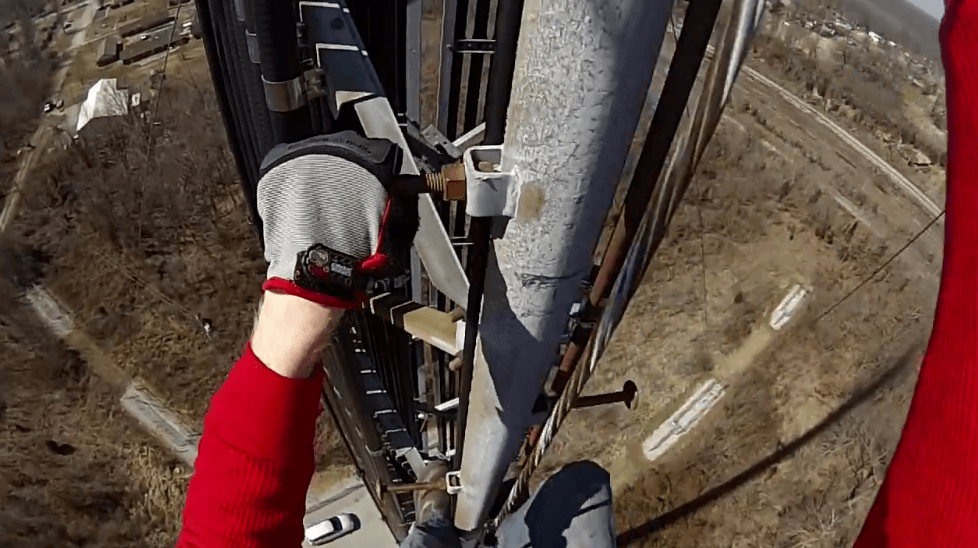 It is imperative for any cell tower climber to think very seriously about their safety. After all, tower climbing is a very dangerous career for someone to undertake, and therefore it is vital to consider thoroughly what can be done on a daily basis to make their job as safe as it can possibly be. Companies often take a lot of time and effort to make sure that every single part of a cell tower’s day is covered by the safety regulations that all tower climbers need to abide by. In particular, it is very important that the safety equipment that is recommended to be used by climbers is always a key part of a cell tower climber’s beginning of a climb.

However, there are some climbers that are taking their lives into their own hands by neglecting to use all of the safety gear that they are provided with. These types of climbers call themselves free solo climbers, or just solo climbers for short. Solo climbers do exactly what they say on the tin: they go climbing with absolutely no equipment whatsoever. This means that if they lose their grip and fall, they fall. Many people love solo climbing – they claim that it is a more natural way of climbing, and means that climbers can move much faster because they are not being constrained by the use and changing use of different climbing gear. However, when you are a professional tower climber, solo climbing is definitely not the right choice.

For climbing enthusiasts, there are very few new challenges within the climbing world. This has meant that more and more people that are working within the tower climbing industry are pushing the limits to give themselves a bigger challenge, and a bigger thrill. This is, of course, extremely dangerous. For one thing, the amount of electricity that passes through a cell tower is astronomically high, and if a climber that is concentrating on climbing up a cell tower without any safety gear accidentally touches something that they should not, they could die just from the electrical shock. Even if they managed to avoid any of the electrical current going through the cell tower, there is still a huge potential for falling, and sustaining very serious injuries, some of which may be fatal.

On the other hand, despite all of this danger, that has not stopped one website from accidentally encouraging climbers – including professional climbers – from going up cell towers without any safety gear. TheOnlineEngineer created a video in 2010 that was intended to show people that did not know much about tower climbers and what they did, the typical day that a tower climber experienced. Although the video was incredibly informative, it also included some scenes from the helmet cam of a climber that showed that he was not using any safety lines at all – solo climbing, to be exact. What’s more, the narration did not in any way indicate that this was a dangerous way to go about climbing a cell tower. Instead, all it said was: “It’s easier, faster, and most tower workers climb this way…Free climbing is dangerous, of course, but OSHA rules do all for it. Attaching, climbing, attaching and removing safety lines every few feet slows progress and is tiring.”

Of course, this is a very dangerous video, and once concerns were raised about it, it was taken down immediately – but who can know exactly how much damage has already been done? OSHA, the Occupational Health and Safety Administration, is a body that is meant to ensure that all workers are completely safe within the workplace, and many people have found it hard to believe that OSHA really permits tower climbers to run such risks with their lives like that by allowing them to tower climb without the relevant safety gear. In fact, Jim Coleman, the chairman of the National Association of Tower Erectors, personally made a statement in response to that video, stating that he does not believe that OSHA “allows for free climbing as an acceptable method of accessing elevated work.”

At the end of the day, in 2010 alone there were seven fatalities from people falling from towers. It is not precisely sure whether they were solo climbing or had the correct safety gear, but in 2013, fourteen professional tower climbers with the correct safety equipment died while on the job. Climbing up and down cell towers is not a safe occupation, and only those with the highest level of qualifications and experience should be permitted to do so – because those people are fully aware of the importance of safety. When you climb up a cell tower, you are taking your life into your own hands, quite literally, and you could also be risking the lives of your climbing companions if you choose to climb with a partner. Every time that you climb a cell tower, you would be a fool not to take the vital safety precautions that can mean the difference between life and death. This is why free climbing and solo climbing on cell towers is wrong, and should never be done.