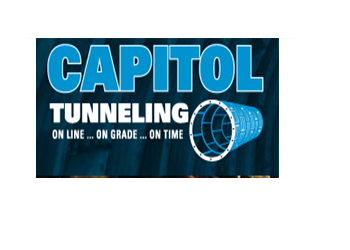 Capitol Tunneling Inc. traces its beginnings to two companies, both formed in 1960 – Hansen Tunneling and Columbus Road Boring.  In 1971, the two companies combined assets to form Capitol Tunneling when George Lucus partnered with the original owners, Paul Hansen (his father-in-law) and Oscar Poe.  When Hansen and Poe retired in 1980, Lucus became the sole proprietor.  After Lucus passed away in 2000, Kyle Lucus, George’s oldest son, purchased the controlling interest from George’s estate and took over company ownership and operations.

“One of the many things my Father taught me in business is to treat people right, both on a customer level as well as on an employee basis” says Kyle Lucus, president and CEO of Capitol Tunneling Inc.  “Over the years, my father developed a family environment that extends beyond the Lucus name.  I consider all the team members of Capitol Tunneling a part of my extended family, primarily because I have grown up in front of and with a lot of these guys.  No one man can make Capitol Tunneling a success…but it is the efforts of many that will insure a future for the next generation .”