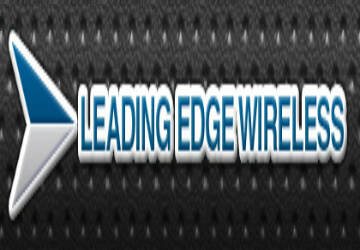 Leading Edge continues to strive to meet our customers' needs with Wide Area Radio Dispatch Solutions. Since deploying our original 450 MHz systems in 2000 we have continued to expand them to over 50 channels at three sites covering southwest Tennessee, eastern Arkansas and northern Mississippi. Additional services such as portable radio, mobile data and vehicle location are available as well as our regular voice services.

In August of 2009 we were the first dealer to offer Motorola's Mototrbo Capacity Plus Digital Voice Radio Dispatch Systems at three sites that are clear and noise free on all channels. Digital trunking portable radio devices have never been used for commercial two-way radio dispatch systems before now. (Please check our Specials page for more information.) We also service a wide range of customers with onsite and in-house communications systems. We sell and service the full line of Motorola two-way portable radio equipment and accessories.

ABOUT OUR PRESIDENT
Mr. Hyde is recognized in the mid-South region as a leader in the development of telecommunications and wireless solutions for commercial and government business applications. Throughout his 20-year career in the industry, Mr. Hyde has led companies that establish long-term partnerships with their customers to provide leading edge communication technology tools for efficiency and profitability improvement.

In 1994, Chadmoore Wireless acquired General Communications and Mr. Hyde was appointed Vice President of Operations for the merged company. During the next three years Mr. Hyde continued building 800-Mhz business for Chadmoore boosting the company's financial performance and business base throughout the United States. Within two years Nextel acquired Chadmoore in a high value market transaction of $125 million. Choosing to pursue local mid-South interest, Mr. Hyde left Chadmoore and joined Memphis firm Comserv as Vice President and General Manager that within three years was also acquired by Nextel.

Mr. Hyde attended the University of Memphis with a major in Business Management. In 1996, the City of Memphis appointed Mr. Hyde honorary City Councilman for his efforts in the development of new small businesses in the mid-South. Mr. Hyde attends First Baptist Church Fisherville and serves on the financial committee. Born in Memphis, Tennessee, Mr. Hyde has been married for 27 years to the former Pamela Keith of Memphis, Tennessee. They now reside in Collierville, Tennessee.

Contact us for more information on our digital mobile, portable or other system communication solutions.