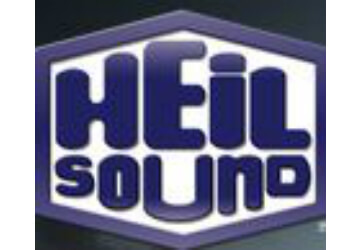 Heil Sound Ltd., is a modern microphone company founded by Bob Heil, and is comprised of people passionate about producing superior microphones and related products. All Heil microphones are assembled and quality tested at the company’s USA headquarters in Fairview Heights, IL. The mission carried out by the people working at Heil Sound is, “We respect all artists and sound professionals, listen to them, and make products that let them do their best”. At Heil Sound, it all starts at the mic…but respect is earned through every microphone coming off the Heil Sound production line.heil sound office-600-wideHeil earned the respect and trust from the best musicians and sound engineers in the industry, for good reason. Bob Heil is an innovator and inventor, whose innovations and products transformed the live concert experience to what it is today…to the extent that he was the first and only manufacturer invited to have an exhibit in the Rock & Roll Hall of Fame. Bob Heil literally changed the way microphones were used, and in doing so, he helped usher in the modern age of professional concert audio.Today, Bob Heil leads a world-class company producing dynamic, cardioid microphones that surpass all industry standards. Heil microphones are very durable, elegant, and extremely affordable. Heil microphones can be found on concert stages, in churches, performance venues, recording studios and broadcast facilities worldwide. Bob Heil understands building the world’s best microphones is only possible with the most qualified and dedicated employees.