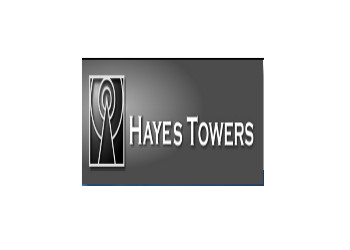 As a sixth grader in the 1950s, Charlie Hayes began pursuing his interests in radio communications as a ham radio operator in the basement of his parents' home. Purchasing World War II surplus parts and equipment he would build radio transmitters and communicate with other ham radio operators throughout the world.

Since that time, his education and career have revolved around the intersection of business and engineering. Charlie graduated from the University of Notre Dame in 1965 with a BS in Mechanical Engineering. After working as a trader at the Chicago Board of Options Exchange, he moved his family back to South Bend and bought and operated a local radio station.  From there, he founded a beeper company, Alert Paging, and in 1987 he built his first radio communications tower, a 400' tower in Warsaw, Indiana.  Since that time, Charlie and his experienced team have built and managed over 100 towers in Indiana, Michigan, Ohio, and Texas.