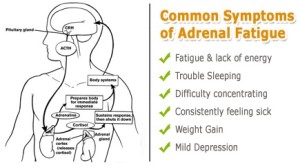 No one would disagree that being 1,700 feet in the air is definitely an adrenaline rush. Epinephrine, more commonly known as adrenaline, has some direct effects on the brain, both temporary and long term. Because tower climbers experience releases of epinephrine on a regular basis, they may notice some things in their psychology and biology that are different than those of others.

When a human is placed in a situation that is dangerous, such as is the case with tower climbers, the nervous and endocrine systems work together to release epinephrine. This provides a natural boost of energy. Those who are constantly in dangerous positions or under constant stress will have more epinephrine secreted through the adrenal medulla in order to meet the needs of the body.

In modern society we are exposed to constant stimuli, many of which our brains process subconsciously. Each time adrenaline is released, more will need to be released the next time to achieve the same result. Long exposure to such adrenaline boosts can lead to Adrenal Exhaustion, among other things.

1. Alarm – The body launches into the fight or flight response by elevating cortisol and DHEA levels. On occasion this can be beneficial, but over long periods of time, the adrenal gland over compensates and signs of the stress are hidden. Blood sugar becomes imbalanced which results in low energy.

3. Exhaustion – In this stage cortisol output declines. The body enters into survival mode and strives to conserve energy. It happens gradually, but the body starts taking energy from tissues and the muscles begin to break down. Depression, fatigue and fibromyalgia are common at this stage. All the bodies systems become affected.

There are some tips for beating adrenal exhaustion before it gets to the third stage. Actively participating in yoga, meditation, fishing, cooking or any activity you find relaxing helps restore your adrenal balance. It is important to address stressors, including emotional. Exercise is one of the last things you’ll want to do if you are feeling fatigued, but it is one of the best. It benefits all the biological systems in your body.

Adopting better eating habits including regular nutritious meals helps with stress and also helps your body regulate its necessary functions. It is recommended that people either remove or severely limit their caffeine, nicotine, alcohol and sugar intake when they are in Adrenal overload. It is also recommended to drink eight large glasses of water a day in order to stay hydrated.

Even if you aren’t in adrenal fatigue, initiating these steps will produce better body balance. In stage three, consult a medical professional to see how best to combat the symptoms.