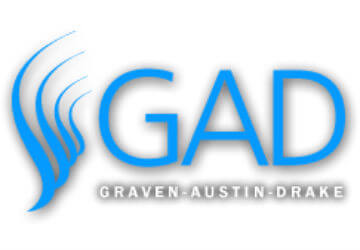 The company was formed in 1991 by the current CEO and owner, Jim Graven, who left a 20 year career in the investment business with Merrill Lynch and Paine Webber. Mr. Graven was an Account Vice President with Paine Webber, an assistant commodity analyst with Merrill Lynch, and member of the Chicago Board of Trade.

GAD was founded and still resides in Colorado Springs, Colorado. At the time of its founding some of the most visible organizations in the area were Christian non-profits who became the company's first clients. GAD met the high standards of these Christian organizations; selling a broad range of published products to churches and consumers.

Today, GAD has established itself with a strong reputation rooted in dedicated client services.Â This dedication has served as we have grown to serve multiple industries including: