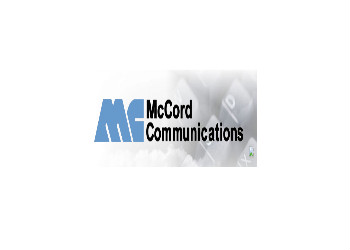 McCord Communications Service Inc. is an Alabama corporation; the company was founded in 1947 by Clyde McCord. After completing duty in the Army’s Signal Corp during World War II, Clyde began a small shop selling and repairing home and auto radios.   Soon the television exploded into the market place and the business grew.   In 1957 the company installed its first Motorola two-way radio system and the future of the business was reshaped.  A move away from consumer products to commercial electronics would define the business for the next six decades.
After a protracted illness, Clyde McCord died in 1975. The family business continued with his son Mike McCord as President.
In the 1970s the company crafted small paging and car telephone systems for Gadsden and Anniston Alabama.  Later in the 1980s these single sites were wrapped into a regional network, providing a larger coverage area and more sophisticated features (no more operators).  During this time communication was becoming more popular in public safety, industry and business. A Motorola 2-way radio could be seen everywhere.
Today McCord’s designs, installs and maintains large commercial communications networks for police, fire, E911, industry and business.