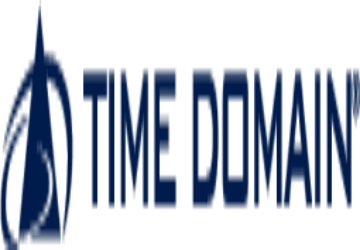 Time Domain, located in Huntsville, Alabama, is the world leader in Ultra Wideband (UWB) product development. Our PulsON products allow researchers and developers to evaluate UWB as a ranging, communications, or radar technology and develop UWB enabled products that target those applications.

In addition to being a technology leader, Time Domain played a critical role in prompting the U.S. Federal Communications Commission to take action and amend its rules to allow for the commercial use of UWB, which it did in 2002. That same year, the Company produced the second generation of the PulsON chipset which was designed to meet the FCC's new regulations for commercial UWB products. In September 2002, a radio powered by the PulsON chipset became the first UWB communications product to be certified by the FCC. Successive generations of the PulsON radio were introduced in 2005 and 2008. Today Time Domain's PulsON products are being used by hundreds of customers and partners around the world.

Through the years, Time Domain has maintained a strong government services business, with more than $60 million in contract revenue. In 2004, the Company received a Small Business Innovative Research (SBIR) Quality Award for outstanding work performed in service to the U.S. Army Aviation and Missile Research, Development and Engineering Center (AMRDEC). Frost and Sullivan named Time Domain the recipient of its 2007 North American Technology Innovation Award for its pioneering research and development in the field of UWB.

Time Domain holds the premier patent portfolio for UWB technology. Over the years the Company has significantly broadened its patent portfolio, both technically and geographically. As of 2012, the Company has 97 patents awarded or filed worldwide. The core patents cover the fundamental technology and include system level characteristics. Subsequent patents have expanded the core technology and applied it to specific applications which cover techniques that optimize the reception of high bandwidth transmissions, precise positioning and radar.