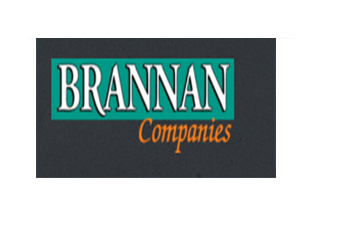 Founded in 1906, Brannan Sand and Gravel has played an integral role in the growth and development of Colorado’s Front Range. Originally a sand and gravel supplier, it wasn't until 1943 that asphalt was introduced to support the anticipated post-war building boom. Now, over a century later, The Brannan Sand and Gravel Company has grown into an industry leader of the manufacturing and placement of Hot Mix Asphalt.

Diversification has been no stranger to the growth of Brannan Sand and Gravel. In 1995 Brannan unveiled its Ready Mix Concrete division to support the increasing demand of rigid pavement. Not far behind, 2003 ushered in the formation of the Brannan Construction Company, specializing in pipeline and tunnel operations. This newest division has allowed Brannan to extend its construction expertise throughout the industry.

Today, the Brannan Companies command a unique position in the marketplace by providing a wide range of aggregates, asphalt paving and maintenance services, ready mix concrete and specialized construction services.

While the face of the Brannan Sand and Gravel Company has changed, the Brannan philosophy remains true, just the way J.W. Brannan intended. He was committed to understanding the needs of our customers, providing solutions and then delivering not only superior products but also superior customer service.With these cornerstones in place our vision remains clear: continue to be a nationally recognized leader in the industries we serve.

For decades, the Brannan Sand and Gravel Company name has been synonymous with quality asphalt paving. Numerous national, regional and industry excellence awards can be found on display at the headquarters of Brannan. It is this same recognition that resonates through every Brannan project. From filling potholes, paving commercial and retail centers, parking lots of all sizes, sporting venues, airports or the labyrinth of roads and highways of our communities, customers have come to trust and appreciate the quality of Brannan’s products and services.